"I grew up hearing, “He who does not honor the Penny is not worthy of the dollar.” The idea was born." “We are making a difference!! We are creating a Life Without Cancer, and a better world. Together we are making cancer history!!!"

A Message From Our Founder

USCHI KESZLER is an Olympic athlete and coach, and double cancer survivor. Having survived TB in her youth, and more recently survived both breast and uterine cancer, Uschi is determined to see cancer cured in her lifetime. She founded Pennies in Action® in 2007 and has been instrumental in raising funds for Dr. Brian Czerniecki’s breakthrough vaccine.

Thank you to my wonderful family: my husband Aram, my son Marc, his wife Annemarie, and my grandsons Corey and Justin. Without their support and love none of this would be possible….

Have you made a difference today?!!! Until thirteen years ago, skating was my life. I lived on skates, and skated through life. I am a former Olympian for Germany and have coached skaters in 6 Olympic Games. I have worked with 5 World Champions, winning 6 Olympic medals and 21 World medals. I guess you can say I play to win!!!! I am a certified black belt executive coach specializing in gap analysis and finding win-win situations. Above all, I work on creating synergy within a team. I am also part owner and Executive VP of IceWorks Skating Complex in Aston PA.

Over twelve years ago my life changed with my breast cancer diagnosis, and a year later with my uterine cancer diagnosis. No one ever had cancer in my family. So I saw that no one is safe from this horrific disease.

After a bad experience with another doctor at another hospital, I ended up at Penn with Dr. Brian Czerniecki. I said I would do anything he asked me to do as long as it would not kill my immune system. (I was not eligible for the vaccine since I was ER+. 1 1/2 years later I got a call that he wanted to talk to me about his research. He had run out of funding.

Two weeks prior I had woken up in the middle of the night and thought… I had great grades in school, and could have done anything. Why didn’t I do something that made a huge difference like trying to get rid of cancer… It blew me away when I got that call. After hearing about it, it was a no brainer to get involved. It made sense to me on every level: it was non-toxic and uses your own immune system the way God created it.

How do you start, never having done anything like that? I checked out other foundations, but you have no control where the money is going. Plus it was a bad economy, and trying to start a cancer foundation alongside the giants that have been around. In Florida riding my bike with a friend, I saw a penny, stopped, almost got hit by a car, and picked it up. She was shocked.

I grew up hearing, “He who does not honor the Penny is not worthy of the dollar.” The idea was born.

I was talking to Theresa Murtagh (my neighbor) about my idea on a Saturday morning, when Paul Murtagh and Brian McDevitt (an attorney specializing in tax law and non-profits) walked in, and Theresa said, “He is the guy you want to talk to.” After I talked his ear off and back on he agreed to do our 501(c)(3) for us pro bono. (Come to think of it, he has not been back to their house on a Saturday morning…lol) Then Theresa offered to do a party at their beautiful home as a kick off.

In order to control where the money goes we needed to get a term fund at Penn by pledging $ 25,000.00. When you collect pennies, that is a large number. Ashira Prossack and the kids at the rink came up with the name, Michelle Prossack was doing our web site, John O’Mally our Trademark, Jim Sundra our logo, and all pro bono. Wow, we were ready. Thus the vision and implementation started within eight days!!!!

Then I met Ursula Koldovsky, PhD, who ran Dr. Czerniecki’s lab and made the vaccine. She was from Germany and over a 2 year period, patiently in many conversations (in German), gave me insight into the world of cancer vaccines and cancer immunology. Till the day she died three years ago from pancreatic cancer, she thought 24/7 about this wonderful research and stayed true to the cause no matter how sick she became. That is why all my work is dedicated to her memory.

On a side note: In Germany she was the head of the TB lab where all my specimens were analyzed while I was in the hospital for eight months.

We did not meet till forty years later at UPenn, and became the closest of friends. She told me if she could have got the vaccine she would have been ok. I know she is smiling down and is excited in seeing what Dr. Czerniecki is doing.

We have raised enough funds to keep this research going for the last 12 years by paying for the tools needed (incubators, microscopes, peptides, computers), and covering the shortfall in funding for vaccine for all the patients. Then the Henle Fund came on board and funded two Research Fellows who have done amazing work thus far.

We reached our first huge milestone: The opening of the first invasive breast cancer trials for HER 2+ which are totally funded by Pennies in Action® through the generosity of thousands of people of all ages and every walk of life. Our dear friend and vaccine recipient Karen Berner was the first donor to give us a 5 figure donation, and this year was the first donor to give us a 6 figure donation. You have taken us to the next level….The more I learned the more I realized if sports would go about the way cancer research usually seems to be done, it would be recreational sports, definitely not making the Olympic podium. There is no podium finish in cancer, only the winner lives!!!! Sports came about to get warriors ready for battle (only the survivor lived). That is why we use the Olympic approach. In order to win this we must be more relentless than the cancer cells and WE ARE.

Expanding the movement and crusade Purple the Globe® for a life without cancer on a Global level. We will be going back to Brussels to the World Innovation and Research Congress where Dr. Czerniecki and Dr. Koski will be presenting again. And three patients (2 vaccine recipients, and 1(me) waiting for her chance) will be part of a discussion on Patients as Stakeholders. We will make sure to expand on our mission to raise funds and awareness to remove the threat of cancer one vaccine at a time. With the collaboration of many individuals, volunteers, businesses we now have something unmatched anywhere else in the World. Information technology (tailor made to the need), a cutting edge research lab, and staff and a doctor that is bringing it to bedside with unmatched success. The huge key ingredient is amazing and unmatched synergy with no egos taking this off track. If you want to make a difference, please join us and support us with your time and funding. We only ask to leave your ego at home. This is bigger than all of us. When it is all said and done you will be able to say, “We made a difference!! We left a Life without Cancer, and a better world. Together we are making cancer history!!!!" 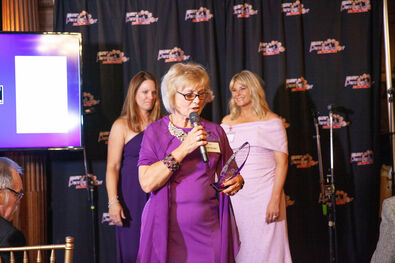 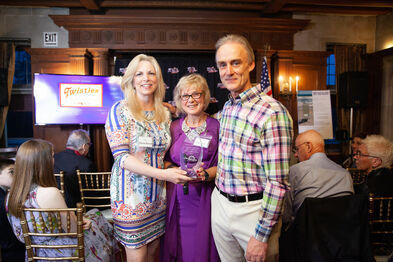 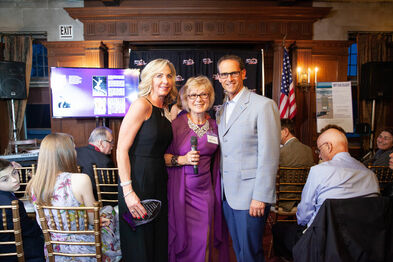 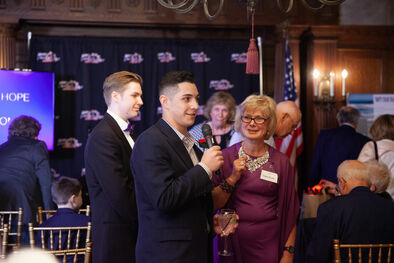